BAD OPTICS – The Latino Question *LINK*
In Response To: He's got a sister who looks more Mexican than he does ()

Nick “The Spic” Fuentes IS a LATINO, Looks like one, Acts, like one, talks like one, argues like one, and its only the White blood coupled with lighting that fools people, if you have any doubts, look at him and his sister in rather informal pictures: 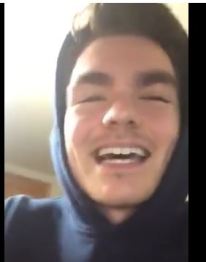 Nick “The Spic” Fuentes will claim he is White with 16% AmerIndian, HOWEVER that is his clever attempt to misdirect low info White Conservatives in his audience who are racial or semi-racial who detest Latinos.