Let's not forget. Lloyd Davies was arrested for having sex with a dog in 2015 *LINK* 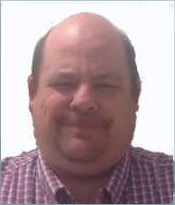 A pizza delivery man in Alabama has been arrested and
charged after he was allegedly caught on hidden camera
having sex with the family dog.

Lloyd Austin Davies, 40, was taken into custody on Friday at
the Athens restaurant where he works and charged with felony
cruelty to animals and misdemeanor criminal sex act with an
animal after a video was handed to the police.

Davies roommate set up the camera after he became suspicious
when the dog, a German Shepherd mix, began limping and
became startled around people.

Limestone County Animal Services Sgt. Michael Healy told the
news website enewscourier.com that Alabama law allows the
possibility of a court-ordered injunction barring Davies
from having future unsupervised contact with other animals.
Davies is being held on a $2,500 bond.

In August a registered sex offender in Florida was arrested
for having sex with a dog a week after being jail on
bestiality charges involving another pooch.

James Lyons, 52, from St Augustine, was taken into custody
after police said he sexually abused his neighbor's dog.
http://www.enewscourier.com/local/x118678425/...